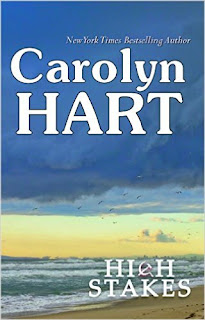 Kirsten Soderstrom is a Hollywood actress; young, blonde, and beautiful. A common recipe in the City of Angels. She has a handful of television credits, but a depleted bank account and no work on the horizon has her in a bind. Her choices: land “an acting job pronto,” go back to waiting, or return to Minnesota a failure. Her prospects improve with an obscure ad in a tabloid:

The ad is odd, but the audition is more so. It begins with a long questionnaire about her personal history, and a casting agent more interested in her subject of study at Vassar than her acting abilities. The call back brings a job offer far from a straight acting gig. The FBI wants her to seduce a United States Senator suspected of taking kickbacks, and in the process locate the evidence needed for the charges to be filed. The job isn’t ideal, but Kirsten’s position doesn’t allow her to walk away from a paycheck, and what she finds is far worse than a simple pay for play scam.

The setting is mid-1980s and the plot is a nostalgic—for me at least—cold war scheme. It involves the CIA, KGB, and FBI. The mystery solidly masks the identity of the antagonist and provides a couple nicely executed and satisfying twists. Kirsten is likable in a light, almost dreamy way. She is beautiful, intelligent, and honest. The story fits comfortably in the romantic suspense category, and it presents a healthy, and satisfying, serving of both.
1 Attached Images

Ben, it has been quite some time since I have read a novel featuring CIA, FBI, and KGB. I like the idea of a wannabe Hollywood actress as the central character in a Cold War era setting.