Don Westlake by Robert ByrneEd here: I'm rerunning this just because I like it.

(A photo accopmanies the article-I'll try to run it tomorrow night. If somebody will show me how. Here's the cast: Suspects in a Murder Mystery Weekend staged at the Mohonk Mountain House in New York in 1987.¤ Left to right: David Morrell, creator of Rambo, prolific novelist Don Westlake, novelist Justin Scott, Playboy fiction editor Alice Turner, crime writer Chris Newman, writer Robert Byrne (with flask), and Death Wish author Brian Garfield.¤ In front is Caroline Penzler, then wife of Otto Penzler of The Mysterious Press.)

A friend of mine was on his way with his wife to a New Year's Eve dinner. He never made it. He was felled by a heart attack at the age of 75.

Don Westlake was a writing machine, turning out 100 novels under 10 pseudonyms. He's best known for the comic novels written under his own name featuring an unintentionally funny criminal named John Dortmunder and for the hard-boiled Parker crime novels written by "Richard Stark." He also wrote screenplays for one of my favorite fright-flicks, "The Stepfather," and for "The Grifters," for which he was nominated for an Oscar.

In one room of his four-story home on Blecker Street in Manhattan are floor-to-ceiling racks of books. I was amazed when he told me that every one was written by him: he had every edition of his works in hardback and paperback, sometimes multiple copies, as well as copies in scores of foreign languages.

All of his books were written on a small portable typewriter, which went out of production in the early years of his career. To keep it supplied with spare parts, he never
Advertisement
missed a chance to buy the same model in antique stores and junk shops.

I knew him because we shared a couple of friends, novelist Martin Cruz Smith and mystery writer Joe Gores. Westlake and Gores once published novels that contained an identical chapter, and they did it without their publishers' awareness. That sense of fun made them both wonderful company.

For several years, Westlake wrote scripts for back-to-back "murder mystery weekends" at a rambling old hotel 80 miles north of Manhattan called The Mohonk Mountain House. Amateur actors, most of them writers he knew, put on playlets about a murder. Teams of hotel guests questioned the actors in an attempt to solve the crime. Actors had to stick to facts provided by Westlake and avoid saying anything that contradicted the stories of the other characters.

At the end of the weekend, the teams of sleuths dramatized the crime as they imagined it, and Westlake revealed his own solution. Prizes were given for accuracy and imagination. For the second weekend, the facts were altered enough to provide a new murderer.

In 1987, I was one of the actors. Between the two weekends my wife and I stayed with the Westlakes in Manhattan, it was one of the most enjoyable 10 days of my life. Don and Abby were amusing and upbeat people and perfect hosts. Abby has lost a husband like no other, a man who was loved by his many friends and admired by hundreds of thousands of fans.

The year we were at Mohonk, the murder was set in 1872 at the fictional Western town of Turnip Gulch. (The previous year, the scene was an ocean liner in 1923.) I played a drunken doctor named Homer Payne-Whitney, a good role because whenever I was asked a question that was tricky to answer, I could pretend to be in an alcoholic fog. The guests had been told that my character's parents had been killed by Indians. When I was asked, "What Indians?" I was able to safely answer, "The Cleveland Indians."

During the first weekend, Westlake, playing circuit-court judge Orner E. Plugge, questioned me in court. Before I could divulge crucial information, shots rang out from the balcony -- I was hit! I staggered around, clutching my chest, then dropped to the floor and died after a few violent twitches. It was the pinnacle of my acting career.

While staying with the Westlakes in New York, I heard Don say that he never knew if the dishes in the dishwasher were dirty or clean. Weeks later, I found a magnetic dial in a gift shop with an arrow that pointed to "Clean" or "Dirty" and mailed it to him. He replied that it helped a lot because every morning Abby pinned it to her blouse so he would know how she was feeling.

Byrne is the author of 23 books, including two novels about growing up in Dubuque. His Web site is www.byrne.org, and his e-mail address is bob@byrne.org. 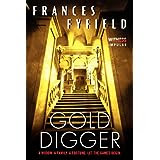 The Plastic Nightmare by Richard Neely


I've written here before about Neely. He wrote non-series crime novels that pretty much covered the entire range of dark suspense. I mentioned that in the best of them the weapon of choice is not poison, bullets or garrote. He always prefered sexual betrayl.

Plastic is a good example. Using amnesia as the central device Dan Mariotte must reconstruct his life. Learning that the beautiful woman at his bedside all these months in the hospital--his wife--may have tried to kill him in a car accident is only the first of many surprises shared by Mariotte and the reader alike.

What gives the novel grit is Neely's take on the privileged class. He frequently wrote about very successful men (he was a very successful adverts man himself) and their women. The time was the Seventies. Private clubs, privte planes, private lives. But for all the sparkle of their lives there was in Neely's people a despair that could only be assauged (briefly) by sex. Preferably illicit sex. Betrayl sex. Men betrayed women and women betrayed men. It was Jackie Collins only for real.

Plastic is a snapshot of a certain period, the Seventies when the Fortune 500 dudes wore sideburns and faux hippie clothes and flashed the peace sign almost as often as they flashed their American Express Gold cards. Johnny Carson hipsters. The counter culture co-opted by the pigs.

The end is a stunner, which is why I can say little about the plot. Neely knew what he was doing and I'm glad to see his book back in print. Watching Nerely work is always a pleasure. This was turned in the movie "Shattered" which pretty much ruined the book.

POSTED BY ED GORMAN AT 5:56 PM 2 COMMENTS: LINKS TO THIS POST

GOLD MEDAL IN THE ‘70s: THE MAFIA MAN