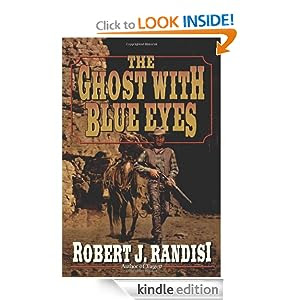 I admire this novel so much I place it second only to Bob's (as a western writer) masterpiece THE HAM REPORTER.
This has the lean power of Elmore Leonard's westerns. It has surprise, shock and heartbreak.
Here's what Publisher's Weekly had to say about it:
Randisi's (Targett) short but intense western delivers exciting plot in spare, exacting prose. After the gunfighter known only as Lancaster turns down a $10,000 offer to kill a man (Lancaster provides protection but he's not a killer-for-hire), he is forced into a gunfight with his would-be target, with tragic results: Lancaster accidentally kills a six-year-old girl. Haunted by the memory of the girl's vivid blue eyes, Lancaster moves to another town, where he gives up the gun and becomes the town drunk. But fate steps in to change his life once again when he meets nine-year-old Alicia and her mother, who are on the run from Alicia's abusive father, rich and powerful Aaron Delaware. Alicia's mother is killed by one of Delaware's hired guns and Delaware arrives to claim his daughter, but Lancaster comes to the rescue and takes Alicia to the best person he can think of to care for her--the mother of the girl he killed. Readers will experience the pleasures found in old ""B"" Westerns: the simple (but not simplistic) moral opposition between good and evil and the inspiration of personal redemption. (Aug.) 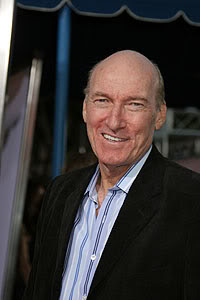 ou know Ed Lauter, even if you don't recall his name.
The veteran character actor, who appeared in countless movies and TV shows for more than four decades but is perhaps best known for roles in 1974's The Longest Yard, 1976's Family Plot and more recentlyThe Artist, has died.
He was 74.
A family spokesman told the Los Angeles Times that Lauter passed away at his home in Los Angeles Wednesday after battling mesothelioma, a rare form of cancer commonly caused by asbestos that affects tissue covering the body's internal organs.
In The Longest Yard, Lauter played Wilhelm Knauer, the prison guard captain and coach of a gaggle of football-playing inmates who torments Burt Reynolds' character until the latter helps coach and ultimately quarterback their team to a championship.
NEWS: Cory Monteith dead at 31

He memorably appeared in Alfred Hitchcock's final film,Family Plot, alongside Bruce Dern and Karen Black. He impressed the master of suspense so much that Hitchcock tapped him for a major part in his next movie,That Short Night. But the project was scrapped due to Hitch's failing health and eventual death.
Other notable '70s flicks the thesp acted in included 1975's French Connection II, 1976's King Kong, along with the 1978 TV miniseries How the West Was Won, and guest shots on such tube series as Charlie's Angels, The Rockford Files, and Hawaii Five-O.
Known for his bald pate and stern demeanor, throughout his career Lauter played a series of authority figures and villains including generals, policemen, mobsters and fathers and was in demand right up until his death.
NEWS: Hollywood remembers Larry Hagman
Gen Xers will recall, for instance, Lauter's tough-as-nails turn as Rob Lowe and Patrick Swayze's hockey coach in 1986's Youngblood as well as stints in 1989's Born on the Fourth of July and scores of '80s TV classics including The A-Team, Magnum P.I., Murder She Wrote and The Equalizer, among others.
Lauter's '90s output was no different with a recurring role in ER as Fire Captain Dannaker and appearances in The X-Files, Homicide: Life on the Street and such films as 1990s' My Blue Heaven, 1991's The Rocketeer, 1992's School Ties and 1995's Leaving Las Vegas.
The 2000s saw him appear in Thirteen Days opposite Kevin Costner, Seabiscuit with Jeff Bridges, and Trouble With the Curve, in which he played a baseball scout and friend ofClint Eastwood's character. But perhaps his most celebrated film is one where he didn't say a word—playing Peppy's Butler in 2011's Best Picture winner The Artist.
NEWS: Masterchef finalist Josh Marks found dead

Upon learning of his passing, Lowe paid tribute to the Hollywood vet on Twitter.
"Sad to hear of Ed Lauter passing. Great actor and nice man. Goodbye, coach.#Youngblood," he tweeted.
His Seasbiscuit costar, Elizabeth Banks, also mourned him.
"Very sad to hear of the passing of Ed Lauter. Worked with him on "Seabiscuit". Wonderful actor, wonderful man," she added.
NEWS: Green Mile star Michael Clarke Duncan dead at 54
Before his death, Lauter had several films in the can. And last year in an interview with theTimes, he expressed satisfaction at having flourished in such a tough industry.
"A lot of people say, 'I know you,' but they don't know my name," Lauter told the Times last year. "But I've had a great run."
No word yet on funeral plans.
PHOTOS: Here are some other stars we've lost this year
Posted by Ed Gorman at 12:55 PM

Ed Lauter starred in Last Hours Before Morning, a t.v. movie in 1975 in which he played as hotel detective. One of my favorite tv P.I. movies.