A GREAT Show: Get A Life with Chris Eliot 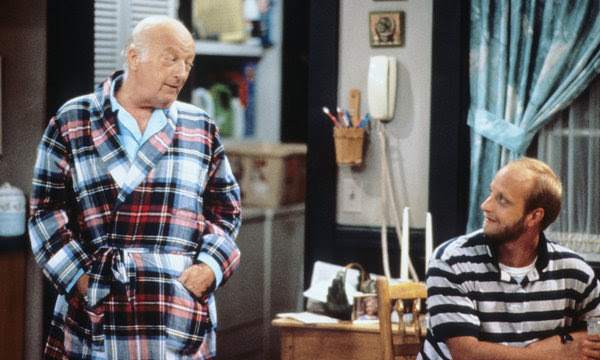 from The New York Times By NICOLAS RAPOLD

IT may be hard to remember now, with hits like “American Idol” and “Glee,” but in the late 1980s and early 1990s, Fox was a fledgling network trying to establish itself with comedies that pushed boundaries or buttons, depending on the viewer. There was the brash “In Living Color,” the shrill “Married ... With Children” and that promising cartoon “The Simpsons.” But “Get a Life,” which made its debut in 1990, seemed to induce only uneasiness.

Excerpt: 'Get a Life'


For some reason, a show about a self-deluding 30-year-old newspaper boy who still lives with his parents was not universally beloved, either by viewers or the executives who broadcast the series, starring Chris Elliott.
“I remember Fox being very concerned about how responsible my character would be, and whether or not he would be perceived as an idiot,” Mr. Elliott, now 52, recalled of the show’s early prospects. “Which, of course, is exactly how Adam, Dave and I wanted him to be perceived.”

Any show with Bob Elliot is a good thing. i also enjoyed the fact that Chris's character frequently died at the end of the episode.

I could never get beyond the creepiness of Chris Elliott.

Loved, loved, loved this show. So glad it's FINALLY on DVD.