from Classic Film & Tv Cafe
Cult film--it's a label that's often applied far too loosely. For purposes of this list, my definition is that a cult film is a motion picture that: (1) lacked significant popular or critical success when originally released; (2) has maintained a small, but loyal, following over an extended period; and (3) has not "gone mainstream." Some movies start out as cult pictures, such as the original Night of the Living Dead, but became famous and lost their cult status.

The 1960s was a banner decade for cult films, so it was a challenge to narrow our choices to the five best cult films of the decade. At the risk of omitting some popular choices, here are our picks:

1. Bunny Lake Is Missing – Not all cult films are low-budget efforts, as evidenced by this "A" picture that has been sadly forgotten by all except a few faithful fans. Carol Lynley stars as a young American woman, recently transplanted to London, who claims that her daughter has been kidnapped…but no one can remember having seen the girl. Director Otto Preminger’s last great film surprisingly recalls his first classic, Laura. Both films begin as conventional crime dramas dealing with kidnapping or murder, but then an unexpected plot twist takes each in a different direction. An underrated gem. 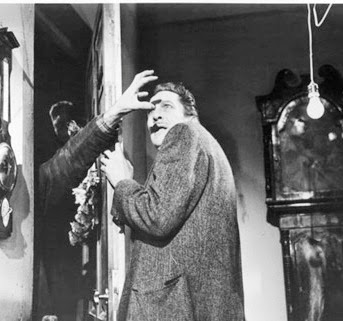 2. The Last Man on Earth – As far as he knows, Robert Morgan (Vincent Price) is the only remaining human in a world destroyed by a plague of vampirism. Each night, a horde of the bloodsucking creatures gathers around his fortified house and cries out in hunger for the man inside. This first adaptation of Richard Matheson’s terrifying 1954 novelI Am Legend was made in Italy on a shoestring budget. Price is the only English-language actor in the cast. But, despite its financial limitations, it remains an impressive work filled with compelling images and frightening sequences. Later versions starring Charlton Heston (The Omega Man) and Will Smith (I Am Legend) pale in comparison.

3. The Naked Kiss (1964) – A prostitute, yearning for a better life, gets a second chance in a Thortonesque town. She finds meaning in her life through caring for handicapped children--but evil lurks in the shadows of this idyllic community. Sam Fuller's lurid melodrama still packs a punch. It paved the way for more acclaimed films like David Lynch's Blue Velvet. Ironically, Fuller's previous film, Shock Corridor, is a better-known cult classic. In my opinion, though, The Naked Kiss is a far superior movie.
for the rest go here:
http://www.classicfilmtvcafe.com/
Posted by Ed Gorman at 1:44 PM