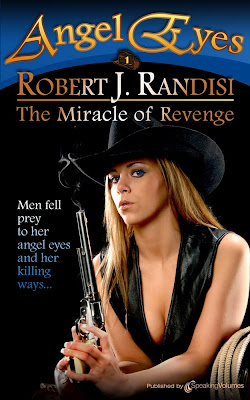 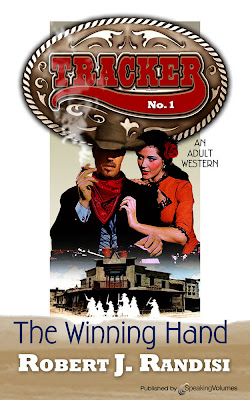 From Robert J. Randisi: Hard on the heels of the newly reissued Gunsmith #'s 1 & 2 comes TRACKER #1: THE WINNING HAND and ANGEL EYES #1: THE MIRACLE OF REVENGE. These series appeared in the 80's under the pseudonyms "Tom Cutter" and "W.B. Longely" but are now being published by Speaking Volumes LLC under the Randisi name, with kick-ass covers! Available in POD paper and Ebook, and soon to be on Audio. Order from the Speaking Volumes LLC website, or Amazon.com and BarnesandNoble.com. 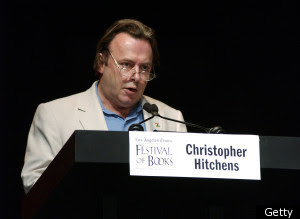 I have nothing original or important to say about Christopher Hitchens. I do believe he was a fine teacher for a mediocore student of history and politics like me. Even when I disagreed with him I tried to stay calm enough question my own take on a subject. He was a true intellectual dedicated to making his arguments accessible to people willing to learn and to study. He could be as brilliant about ancient politics as our own; and blistering about people he often admired but felt needed a drubbing.

I mentioned staying calm while disagreeing with him. There were two times I couldn't. I thought his book about Mother Theresa was one of the silliest attacks I've ever read. Yes she dealt with dictators to secure food and medicine for the people she served and yes she tried to convert her people into Catholics with daily prayer and the usual conversion drill. I think it was Howard Fineman (I may be wrong) who said of all the terrible despots on the planet you go after Mother Theresa?

The other time was when he angrily advocated for our invasion of Iraq. I stopped reading him for awhile because of that. Throwing in with Cheney-Wolfowitz-Addison was too much for me. Of course Andrew Sullivan pushed for the invasion, too. They often appeared together on the tube. Hitchens would make nasty veiled comments about Sullivan's being gay which I thought was strange because Hitchens (before he discovered women) had several prominent gay affairs himself. At that time I couldn't stand either of them. Sullivan later recanted on the war; Hitchens never did.

Hitchens was an iconolclast and a brave one. Amid all the furor about water boarding Hitchens allowed himself to be water boarded and came away angrily disputing Bush that it wasn't torture. He was also among the first to seriously take on Obama at the time (in Jon Stewart's words) when everybody still thought "he was our boyfriend." He was prescient enough to see that Obama would call on the same Harvard crowd that had helped destroy our economy to help destroy it even further.

When he first began writing about the evils of religion I agreed with him. We have come in this country to believe that religion (Christian, of course) should be an integral part of our politics. I despise this idea. I'm so fucking sick of Believers quoting the Bible to me I now just simply say "We can't talk. You have all the answers." I agree with Hitchens. It's a book of fables reflecting the prejudices of the tribal communities responsible for writing it. I see all these Family Values crackpots on TV and I always wonder how much money they're making for this cynical gig. Like "The Catholic League" which has six (six!) members.

Like Bill Maher I think Hitchens dined out too long on this particular rant. I'm now as sick of the Atheists as I am the Believers.
The Atheists say that an Agnostic is really an Atheist and the Believers say the same thing. I disagree. I'm an Agnostic--I just don't know. I also think that despite the evils of religion (just about any religion) that it does offer its adherents comfort and succor and community. Which used properly--as is the case with most mainstream religions (except for when the Catholic Bishops get involved)--is a good thing.

I realize that my religious rant here was something of a side trail but I must have seen Hitchens on the tube a dozen times arguing about Belief. This was my post game response. It's a disagreement and a minor one compared to the pleasure and insight Hitchens gave me for fifteen years. His prose was electric and his thinking often startling. He was generally on the side of the underdog and treated many media-sanctified overlords with contempt. His scathing take downs were read around the world.

He was my brother in incurable cancer. I've been much luckier than Hitchens. Most of the people with multiple myeloma die in the first three years. I'm entering my tenth year. And Hitchens suffered. It's a terrible way to go, esophogeal cancer. I remember his responses to people who'd write and plead with him to convert to Christianity. He was sweet but firm in his response. He appreciated their well wishing but there would be no deathbed conversion.

I'm not conveying here the sheer genius of the man and how extraordinarily important his words were to our time. As a political and intellectual guide to our era his work is without equal.
Posted by Ed Gorman at 1:36 PM

An eloquent and honest tribute to one of the most interesting men of our times. Hitchens came along in my own life at an opportune time, just as I was beginning to realize I was a non-believer. Because of that, he played a major role in my philosophical development. Like you, I disagreed with him on some key political points, but respected him because he always came from a place of integrity and reason. And there's no question he was the greatest debater of our times and an intellectual giant. Thank you for posting about him.

When Hitchens was on TV I couldn't turn away. I didn't always agree with him but he brought a lot to the table. RIP.

I hope your comparative good fortune continues indefinitely...even though Hitchens was personally rude, in a trivial way, to me once, he was indeed a fine writer at his best, and usually an interesting debater and panelist.

Well, as an atheist, I'm quite happy to let you be an agnostic...your description of those who can't handle that from the atheist or theist sides sounds hilariously like those, "gay" and "straight," who are quite certain that no can Really be bisexual, which amuses my bisexual friends and acquaintances when they are in a good mood.

And Teresa was raising a whole lot of money, from a whole lot of kids among others, and using so little of it for the purposes of those hospices (no hospitals), while also using a whole lot of it for funding her allies among the most reactionary factions of the RCC. So, well, perhaps she wasn't quite as bad as the Marcoses and Duvaliers she palled around with, but almost no one is calling for their sainthood.

Better luck to us all...