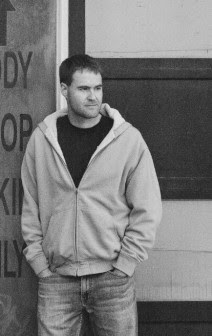 Nick Cutter's The Deep is The Shining meets The Abyss--something is happening at a research station at the bottom of the Pacific, and horror fans will relish every frightening page. Cutter picked 10 of his favorite off-the-radar horror novels.
I’ve been reading horror since I was a kid. I was a lummox, you see, and my parents were pleased to see me reading anything. They weren’t too fussed about what may have been sandwiched between the covers of the books I carted around. If they had looked at those covers, they would have seen the odd skeleton cheerleader, plenty of blood-dripping knives, and fangs. Lots of fangs.
Having read a great deal of horror books, I thought: Why not share some of the littler-known horror gems I’ve stumbled across? I’ll assume you’ve read the old standbys that usually make lists of this sort, your Shinings and Haunting of Hill Houses. Those are great books, their place in the hierarchy unassailable. These are books by—in some cases—writers who are not yet well known, or perhaps earlier books by well-known writers who could use a little shine. The list leans towards the more . . . erm, visceral side of the horror ledger. No excuses there. I likes them how I likes them—raw.

1. The Light at the End by John Skipp and Craig Spector - Vampires aren’t really my bag. Which is strange to say, seeing as there are two vampire books on this list. John Skipp and Craig Spector were the enfant terribles of nineties horror—they started a groundswell movement in the genre known as “splatterpunk,” which was basically a casting off of the moody, bloodless breed of narrative their predecessors of the Shirley Jackson ilk trafficked in. Splatterpunk was about being extreme, over the edge. This is the best of the six books the duo wrote together. A vampire tale that is rough, brutal, funny, and boundary-breaking in its way.

2. Swan Song by Robert McCammon - McCammon is a marvel. He began his career writing fireballing horror books, morphed in midcareer to writing realist tales with dark overtones (Gone South, the masterful Boy’s Life) and now is writing historical fiction. If the name is not familiar to you, it ought to be. I’ve chosen Swan Song—a slobberknocking 900-pager concerning the aftermath of a global holocaust—but it could as easily be a half-dozen others. They’re all gold. He makes you care deeply about his characters, takes huge risks, and writes with a ton of heart. One of my favorite writers, period.

3. The Elementals by Michael McDowell - McDowell had a varied and very interesting writing career. He scripted Beetlejuice, the Michael Keeton starrer, and had an enormous output of novels in several genres before dying too young of an AIDS-related illness. The Elementals concerns a rich, dandyish southern family’s sojourn at a vacation spot deep in the south: a trio of old houses at an isolated beach, one of which is haunted. Never could I have imagined that sand—drifting, cresting, ceaselessly moving sand—could be terrifying. Well, McDowell manages it. Beyond that, he gets the members of his southern clan exactly right: you may not like them, but still, you sense them as real and vital people and as such are moved by their trials.

4. Every House is Haunted by Ian Rogers - This perfect little spider’s web of a debut story collection knocked me out of my boots a few years ago. Rogers had placed his stories in venues like Cemetery Dance, places where keen horror readers are always attuned for the next big breakout writer. So when Chizine press collected Rogers’ work in one handy-dandy volume that fairly pulsated with bad intentions, well, I was sold. The standout novella, The House on Ashley Avenue, has been optioned for TV; I would love to see it hit the small screen someday.

POSTED BY ED GORMAN AT 2:56 PM NO COMMENTS: LINKS TO THIS POST