New Books:Lights In A Black Forest by Martena Warner; The Lies About Spies 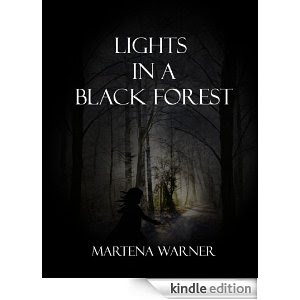 For fifty years, Heinrich Warner chose to forget his past. At night, he dreamed alive again the ghosts of his childhood. By day, he chose to forget them all. But, ghosts do not stay hidden forever, especially in the mind of an old man who can no longer remember what is real...

Cinema Retro is running a very cool article in its Department of Disinformation about all the bogus stories that have accrued to various espionage films and TV shows. Writer Craig Henderson really knows his stuff. Check it out. Here's a sample.

The Avengers was a spin-off from Ian Hendry’s earlier series Police Surgeon.

Wrong, but at least the origins of this lie are easier to understand, especially in the United States where Police Surgeon and the first years of The Avengers were unknown. Actually, Police Surgeon was a half-hour drama that ran from September to December 1960 on the U.K.’s commercial network, ITV. It was produced by ABC — a British company that was one of ITV’s major program suppliers at the time, not to be confused with the American network of the same initials. The series was not successful but its star Ian Hendry was thought to have great possibilities. So ABC created a new series for Hendry, which was, of course, The Avengers, a one-hour show with Patrick Macnee as his co-star.

The only similarity between the two series is that Hendry played a doctor in both. But in Police Surgeon he was Dr. Geoffrey Brent, a medico attached to the London police force. In The Avengers he was Dr. David Keel, a physician in private practice. If the Dr. Brent character had continued in The Avengers, then that show would indeed have been a spin-off of Police Surgeon. But he didn’t, and it isn’t.

for the entire article go here: http://www.for-your-eyes-only.com/Site/Dept_Disinfo.html
Posted by Ed Gorman at 7:42 PM