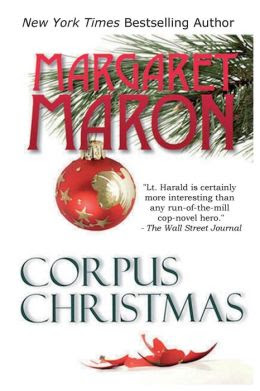 I read Margaret Maron's CORPUS CHRISTMAS in two very enjoyable sittings. Maron is of course a writer of style and polish as well as a singular storyteller. Here's she something more: a a tart culture critic and an amusing one. She has fun with a number of elements here including the holiday itself.

The Eric Breul House is one of those artistic icons so respected you have to genuflect before entering it. For many long years it housed fabled collections of significant art.

Couple problems here. The popularity of the House has faded leaving economic problems And the man who runs it is slightly less popular with staff and major contributors than Hermann Wilhelm Goring.  One Dr. Roger Shambley by name.

Maron's New York cop Sigrid Harald visits Breul House a couple of times. First as the date of her lover and artist Oscar Nauman. The House has honored him with a special dinner. Second she returns in her role as city detective investigating the murder of Dr. Roger Shambley. She needs to find out which of the numerous House suspects had the pleasure of offing the dear old Doc.

Maron's a pro's pro. She doesn't set a foot wrong in this sleek whodunit first published in 1989.
Posted by Ed Gorman at 2:33 PM