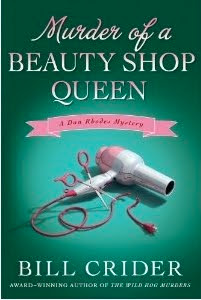 Sheriff Dan Rhodes is called to The Beauty Shack, where the young and pretty Lynn Ashton has been found dead, bashed over the head with a hairdryer. The owner said she’d gone to the salon late to meet a client, but no one seems to know who that client was.

Lynn was a party girl and it’s possible an angry wife or girlfriend, or jilted lover, had something to do with her death. Or maybe the killer is a client who confided a secret to Lynn.

While he investigates the murder, Rhodes must also deal with the theft of copper and car batteries, not to mention a pregnant nanny goat that is terrorizing the town. 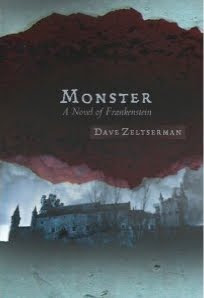 Available August 2nd from Overlook Press. Pre-order your copy today! The supernatural, unmissable new novel by the ALA Best Horror award nominee. In nineteenth-century Germany, one young man counts down the days until he can marry his beloved . . . until she is found brutally murdered, and the young man is accused of the crime. Broken on the wheel and left for dead, he awakens on a lab table, transformed into an abomination. Friedrich must go far to take his revenge --only to find his tormentor, Victor Frankenstein, in league with the Marquis de Sade, creating something much more sinister deep in the mountains. Paranormal and gripping in the tradition of the best work of Stephen King and Justin Cronin, Monster is a gruesome parable of control and vengeance, and an ingenious tribute to one of literature's greatest.