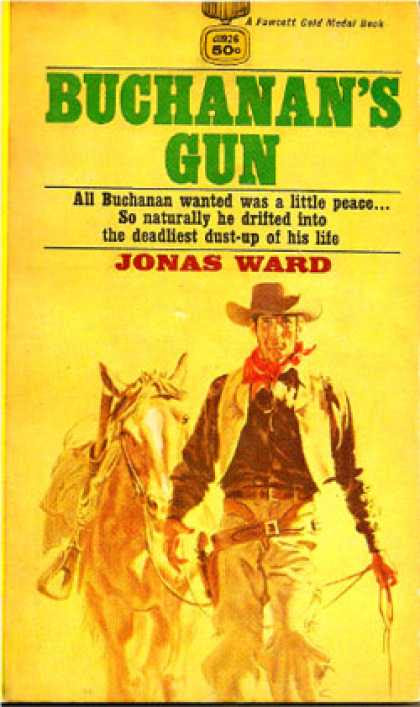 
I remember the glory days of Westerns:  They ran on TV every night.  Paperback racks and comic books were crammed with cowboys and gunfighters.  Every big movie star made at least one film where he or she wore a six-shooter and rode a horse.
Now, the genre increasingly seems to be an e-book niche for diehard fans, and when a Western movie on rare occasions gets a big studio release, it’s more likely to dash hopes of a cowboy comeback than to revive them.  The debacle of THE LONE RANGER is the latest nail in the coffin.  The only question is, how long before Hollywood decide it’s time to plant the stiff in the ground and shovel it under.
In the 1960s, when the genre flourished in paperback form and the only CGI you needed were the CGI your imagination supplied, a writer could make a modest living in the trade.  If he were a young writer like Brian Garfield, he could establish himself in print, hone his talents, and eventually move on to more lucrative crime and thriller fields if he wished.
Many of Garfield’s early paperback Westerns from Ace, Monarch, and Dell appeared under a variety of pen-names, generally variations on his real name.  Brian Wynne, Frank Wynne, Frank O’Brien, and Bennett Garland were all Brian Garfield, before he became famous for DEATH WISH and HOPSCOTCH.
Garfield also wore the “Jonas Ward” house name at Gold Medal Books in a one-shot contribution to the long-running Buchanan series begun by William Ard and then continued by others after Ard’s death.  In BUCHANAN’S GUN (1968), series hero Tom Buchanan wanders into a feud between Arizona cattleman Mike Warrenrode and Apache chief Sentos.
When the Army captures Sentos for rustling, Warrenrode and his hired guns stop the paddywagon and try to seize the Apache.  Warrenrode’s men start a shootout.  Buchanan, an old friend of the chief’s, helps him to escape, but Sentos loses two sons to the gunslingers’ bullets.
In revenge, the Apache circles back to Warrenrode’s spread and kidnaps the rancher’s daughter.  Buchanan and his tagalong partner, Johnny Reo, ride into the mountains to rescue the daughter from the Indian camp.  In the meantime, literally back at the ranch, Warrenrode’s devious foreman Steve Quick hatches his own plot to take charge.
If you’re looking for top-drawer Garfield and have a choice, go first to THE LAWBRINGERS, SEVEN BRAVE MEN, VULTURES IN THE SUN, and THE VANQUISHED.  BUCHANAN’S GUN isn’t in that league, but nevertheless, it’s smooth, fast-action Western formula served up expertly, and if you see it on the second-hand racks, don’t pass it by.  I suspect that the Burt Kennedy/Budd Boetticher movies of the late '50s were a deliberate or unconscious model, including Boetticher’s BUCHANAN RIDES ALONE (1958), starring Randolph Scott as the title character, based on one of the Ard novels.
Easy to see Scott playing Buchanan again if they'd made a movie of BUCHANAN'S GUN --although as described by Ard and Garfield, the character is closer in appearance to Clint Walker in his TV days.  Easy too to picture stalwarts like Henry Silva as Quick, Emile Meyer as Warrenrode, and Skip Homeier or Richard Jaeckel as Reo, charming but hardly more trustworthy than Quick and his murderous crew.  Garfield’s prose is lean and sharp, and the interplay between his characters shows a more thoughtful approach to characterization than the package would suggest.   Best of all, none of the Apaches wears a dead bird on his head. 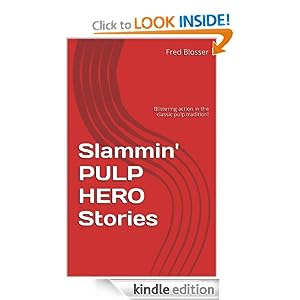 Publication Date: July 6, 2013
A collection of fast-action stories in the modern pulp tradition, featuring Ringo & Horn, the Tomahawk Men, Commander Manta, the Gila, and Heroes United. Plus . . . spotlight on three classic pulp masters from the pages of Black Mask and Dime Detective magazines.

And here's to the next bunch of books.

That is terrific news.

Fantastic news, Mr. Gorman! Happy for you and your family.

I didn't know Brian Garfield had contributed to the Buchanan series. I enjoy reading it a lot. I read "Buchanan's Siege," written by William Ard I think, a few months ago and I'm planning to read "The Name's Buchanan" next.

So glad to hear this!