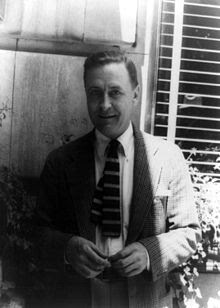 Losers have always interested me more than winners. There's a line from a Leonard Cohen poem "The simple life of heroes/The twisted lives of saints." I'll take the saints (though Cohen isn't talking about folks the Vatican bestows sainthood on that's for sure).

My formative years were the Fifties. The films that influenced me the most were the noirs my father took me to and such fare as The Sweet Smell of Success and A Face in the Crowd. No heroes there. The same for my preferred reading (in additon to the Gold Medals and sf)--Hemingway, James Jones, Irwin Shaw (short stories), Graham Greene and Richard Wright among others. No heroes there either. Same for theater (I was writing terrible plays early on). O'Neill, Miller, Williams. Not a hero in sight.

We call a good deal of crime fiction dark. But is it? Cops replaced cowboys and now we have Cops (or investigators of any kind) with Personal Problems and reviewers think this is some kind of dangerous fiction. Not to me.  (Note: This was written before the new generation really hit its stride, everybody from Tom Piccirilli to Megan Abbott to Marcus Sakey to Wallace Stroby.)

The constraints of commercial fiction are such that you risk losing a sale if your protagoist is an outright loser. The Brits were way ahead of us Yanks. Derek Raymond has spawned two generations of daring writers. The first time I read him I was struck by how much the texture of his prose remided me of one of my five favorite books of all time, Down and Out in Paris and London by George Orwell. I read fifty pages of it the other day. What with globalization the world is once again as Orwell described it in the Thirties.

The literary writer Brian Moore (who started out writing Gold Medals and Dell originals under three different names) made a brief early career out of losers. The Lucky Of Ginger Coffee, for only one example, is about a daydreamer most people love but who is ultimately a selfish man whose daydreams are destroying his wife and children. He can't accept that he's an average guy-- to him that's being a loser. And that turns him into a dark loser indeed.

F. Scott Fitzgerald's work is filled with losers. Handsome, poetic ones, yes, but losers nonetheless. Winter Dreams, as one of his best stories is called, describes the near lifelong love of a man for woman he can never have. He has great business success but still there remains his failure to possess her. The last few pages will give you chills.

Here we have The Pat Hobby Stories. They are set in the Hollywood of the late Thirties and feature a once prominent screeenwriter who is reduced to virtually begging for work at the various studios that once wined and dined him. The Fitzgerald myth is so tied to the notion of Romantic Loss that we forget that he was also funnier than hell. And causitc.

As Arnold Gingrich said shortly after Fitzgerald's death, "These stories were the last word from his last home, for much of what he felt about Hollywood and about himself permeated these stories."

And damned good stories they are, too. Not major Fitzgerald but cunning and crafty tales of bars, studios, whores of both genders, unhappy winners and drunken losers.

Fitzgerald uses Welles as a symbol of a generational turn. Hobby and other men his age were major players in their time but now their time is gone. One studio head admits (reluctantly) to Hobby that he doesn't know what the hell all the fuss about Welles is either but dammit the young people on his staff swoon every time his name is mentioned. So this studio head and others push enormous sums of money on Welles. Hobby bitterly wonders why Welles doesn't stay in the East where he belongs---with the snobs. The West, dammit, is for common folk. (Well, except for the mansions and Rodeo Drive.)

This is a book fileld with boozy grief, hilarious bitterness and a fascinating look from the inside as to what writers went through under the old studio management.

As Fitzgerald himself said, "This was not art, this was industry. (Who) you sat with at lunch was more important than what you (wrote) in your office."