Ed  here: This list will surprise some, infuriate others. But as a Spike Lee fan ("The 25th Hour" is a masterpiece)  I find it fascinating,


Perhaps in an attempt to drive attention toward his struggling Kickstarter, Spike Lee has posted his list of “Essential Films,” the movies he believes every filmmaker needs to see. The list, featuring close to 100 films, is handed out to Lee’s graduate students at NYU every year, and is a fascinating peek into the director’s influences and favorites—from the expected picks (Vertigo, Rashomon, 8 ½) to the more surprising ones (Kung Fu Hustle, Bad Lieutenant, Mel Gibson’s Apocalypto).
Curiously, there are a lot of revered directors missing from the list—for example, there’s no Howard Hawks, John Ford, Fritz Lang, or Yasujirō Ozu. And some of the renowned filmmakers he does include are represented by less obvious choices: Steven Spielberg’s Empire of the Sun (along with Close Encounters of the Third Kind), Woody Allen’s Zelig. Perhaps most radically, Orson Welles’ Citizen Kane is absent, with Lee citing only the legendary filmmaker’s Touch of Evil. 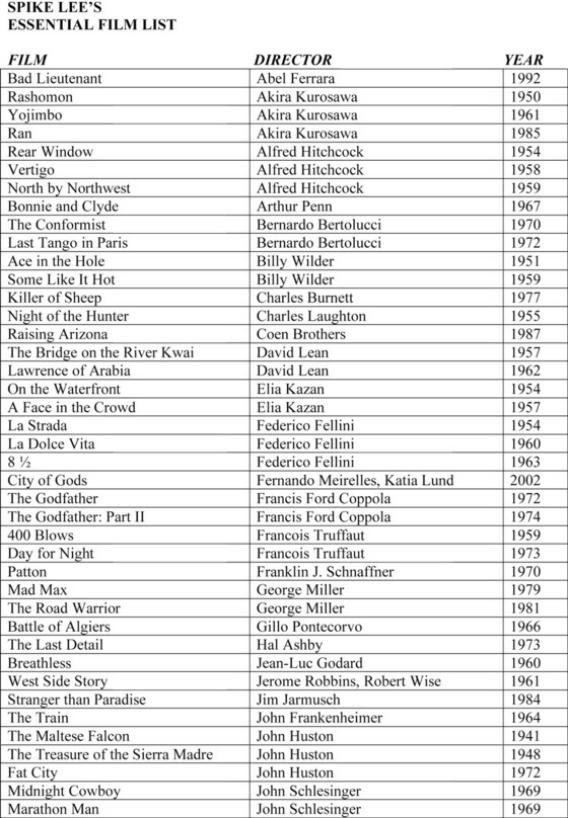 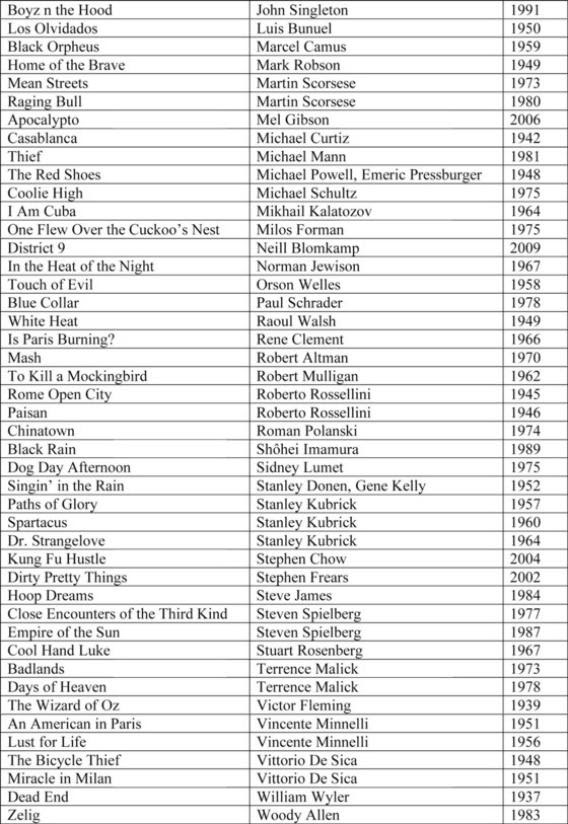 (Thanks to Spike Lee for permission to reprint.)

"Do The Right Thing" should be on here! And yeah, maybe "25th Hour" too.
Lot's of folks don't like him--some for good reason--but he's a cinema great.
TWB