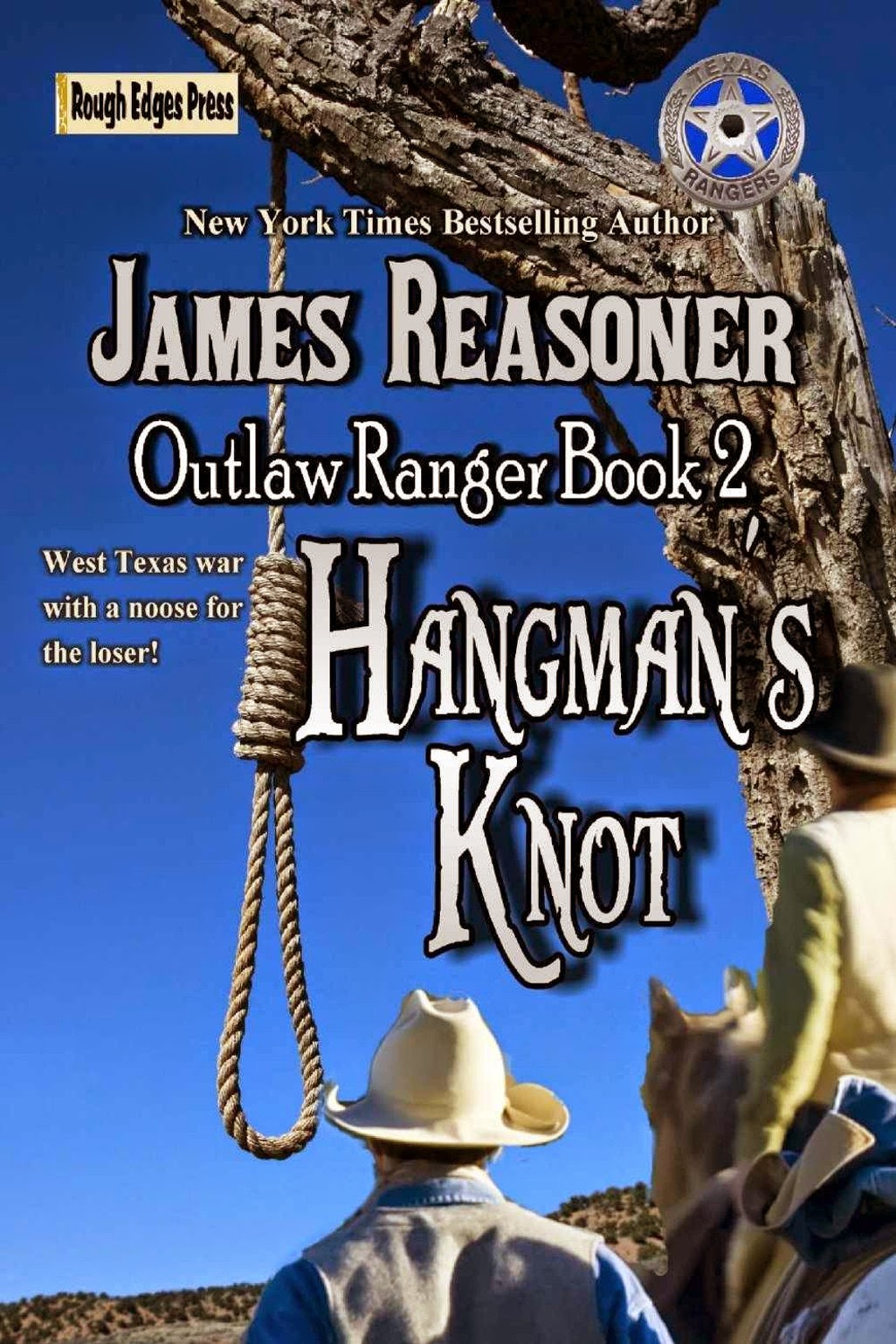 (Need something to read this afternoon when you're too stuffed from Thanksgiving dinner to get out of your chair and aren't interested in what's on TV? Or this weekend when you're staying as far away from the shopping malls as you possibly can? Well, try a good old-fashioned action Western!)

Hell came to Santa Angelina on a beautiful morning, as the Texas settlement was practically wiped out by vicious outlaws led by the bloodthirsty lunatic Henry Pollard. Now Pollard is in jail in Alpine, waiting on his trial and an all but certain date with the hangman. The only real question is whether an outraged lynch mob will string him up first.

Not everyone wants to see Pollard dance at the end of a rope, however. His gang of hired killers would like to set him free, and so would his older brother, a wealthy cattleman who has always protected Pollard from the consequences of his savagery.

Riding into the middle of this three-cornered war is the Outlaw Ranger, G.W. Braddock, who may not have a right anymore to wear the bullet-holed star-in-a-circle badge pinned to his shirt, but whose devotion to the law means he'll risk his life to see that justice is done!

HANGMAN'S KNOT is another fast-action Western novel from New York Times bestselling author James Reasoner. Brand-new and never before published, it continues the violent saga of the Outlaw Ranger.

from Tales of The Bagman (I love stories about Max Brand)

Max Brand: The Most Famous Meeting of a Pulp Writer and Editor

When Frederick Faust (Max Brand) met Robert H. Davis, chief executive of the Munsey Publishing empire in 1917. The legend goes like this:

"Davis prided himself on being able to spot a comer (he had purchased some of Joseph Conrad's early work, and is credited with discovering O. Henry; this is dubious, however, as Arthur Grissom, Smart Set's first editor, purchased O. Henry's first four stories, which were reputed to have been rejected by every magazine in the country).

Editor Davis gave Faust the outline of a plot and told him to go down the hall where there was a small room with a typewriter, and build a story from it. Faust cranked out a 7800-word story and returned same to Davis within two hours. Davis, amazed at Faust's speed, asked where he had learned to write.

'Down the hall,' was Faust's reply. The story was published in the March, 1917 All Story Weekly without a change."


--The Pulp Western, by John A. Dinan

Max Brand was to write roughly a novel a month for the next twenty years
Posted by Ed Gorman at 6:30 AM