My First Novel by Bill Crider 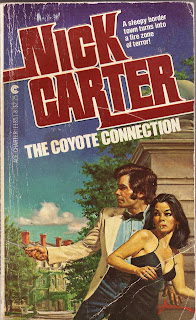 Mr. Gorman, thanks for sharing both yours (in the previous post) and Bill Crider's first novel experiences. I enjoyed reading both.

Sound like what happened to a lot of paperback authors back in the day. You should have made the story mor interesting with something like, "Embittered by rejection, I began hitting the bottle, drifting from flophouse to jail..."