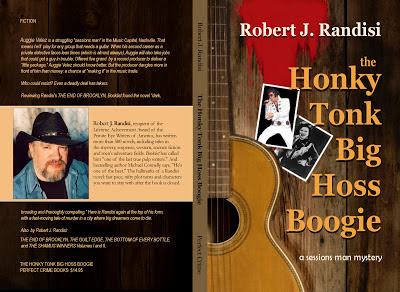 Carol and I started watching "Nashville" and I have to admit, though most soap operas make me cringe,  I am now hooked. Sure there's a plot twist every three minutes, sure few of the characters ever behave rationally, and sure few scenes are longer than a hundred and eighty seconds (you can get whiplash with some of the scene changes) but most of it's fun in the way of meller-drama. My favorite is the little blonde woman who writes songs and who is now on her way as a singer as well;  the ex-husband of star Connie Britton though he may be turning evil on us;  the star's two teenage girls who are sweet and deserve far better fates and sing like angels.
The biggest problem I have with the show is how it portrays the business side of Nashville. Just when a scene seems about to give you the dirty low down (thank you Boz Scaggs for that phrase) the bombast comes on so strong it reduces the faux low down into something so simplistic even dumbos like myself already knew it.  One bit of wisdom was that country folk don't like their stars to appear arrogant. Wow who wouldn't want to pay fifteen per cent for that kind of wisdom?

A far more enlightening take on the real Nashville can be found in the pages of Robert J. Randisi's The Honky Tonk Big Hoss Boogie. Randisi has obviously spent time there and has researched both the place and its people.

His protagonist, Augie Velez, is a session man who, when work is slow, doubles as a private detective. Randisi makes this two-job guy work because in both callings Velez is a low-key, hard-working guy like so many Americans do indeed work two (or three) jobs these days. The big difference being that Velez hopes someday to become a music star.

The set-up here is a nice one, A big time producer who could put five grand into Velez's pocket plus give him a real crack at moving up--way up--in the Nashville scramble. How can Velez refuse when  the producer says both these things will happen only if Velex will deserve a package for him.

Velez knows better than to get involved of course. What kind of package could it be if it requires "delivering." Fed Ex and UPS and the U.S. Post Office deliver things but they don't "deliver" things. if you know what I mean. But none of them pay the deliverer five grand or dangle a major Nashvile in front of Velez.

I put this novel in the Randisi Top Ten because Augie is a unique character both personally and professionally. Augie's a little more laid back than many of Bob's protagonists and in guiding us through the world of session musicians I learned a good deal about an (to me) unknown realm. The same with Nashville itself. Who knew there was a Germantown in the city and that a place called the Drinkhaus was't a beer joint but one of the few cafes in it to serve breakfast?
And there are PI tips, too, that apply both to Nashville and anyplace else you care to name. Searching a room? "Start with the chests and dressers, always with the bottom drawers first, leaving them open. that way you don't have to waste time closing one drawer so you can lok in another."
A slick plot, fresh characters and a fascinating look at a giant industry and the city that's home to it...Bob Randisi at his absolute best.
Buy it!
Posted by Ed Gorman at 11:30 AM