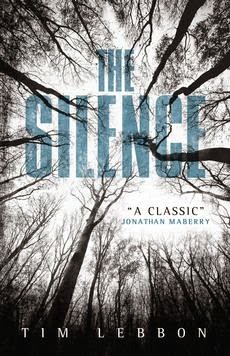 The apocalypse is hot right now. While the trend for zombies has crested and the young adult dystopian boom is dying out, today's fiction continues to wonder about what happens after the end of the world. The appeal of the concept is simple: what would you do if society crumbled?
Tim Lebbon's The Silence brings a new interpretation of the apocalypse that plays deftly with the tropes of the genre. When a cave-diving expedition in Moldova accidentally unleashes a fast-multiplying swarm of batlike beasts, the world struggles to respond: panic spreads across Europe with the monsters in its wake. In a small English village, a fourteen-year-old girl named Ally watches the growing chaos, monitoring it via social media and gathering information about the creatures and their behavior. As the danger grows closer and Ally's family must leave their home, Ally herself may be the key to their survival. The creatures hunt by sound and Ally, who has been deaf for years, can teach her family to live silently.

Though this is being published as a Young Adult novel the elegance of the language, the intensity of the situations and the sophistication of the psychology make this a book for adults as well.

Even if you've tired of end times fiction in all its forms, let Tim Lebbon prove to you that the genre was just waiting for a master to turn it into something fresh, vital and memorable.