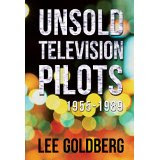 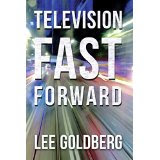 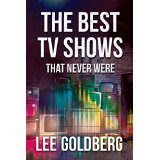 Ed here: Last Friday I had one of those cancer cocktails  that knocked me out for the entire Labor Day weekend so I got no work done at all. I did however have the pleasure of reading through each of Lee Goldberg's TV books (which he was nice enough to send me.) These are classics and keepers because by turning to just about any page you'll find something to make you laugh or wonder how TV has lasted as long as it has. This is in addition to some superior analysis of certain trends and
shows.

UNSOLD TV PILOTS delivers exactly what it promises, a look at a myriad of of pilots some of which sound pretty darned good actually. Many however sound as if the creators were doing a lot of acid.

Here we have (for instance) "The Orson Welles Show"(1950s) in which Welles could have probably done whatever he chose--written, directed, acted--in adaptations of classic tales by writers such as Kipling and H.G. Wells. This would have been a prestigious show. But to quote Lee: "Before the pilot was even completed, the proposed series was doomed. Welles went over budget, took four weeks instead of the allotted ten days to shoot it, and threw an expensive wrap party that he billed to Desilu." The finished pilot was so good it was honored with a Peabody Award of Excellence.

On the other hand we have a pilot from the 1970s called "The Three Wives of David Wheeler" which a commercial artist's new marriage is complicated by his two ex-wives--one a business partner the other his resident model (he has a graphics design business). A lot of these in the era of the "Me Generation," ala "Three's Company." One of many strengths of these books is the sociological information about the country, obsessions and fantasies particularly.  What Lee does so well is mix tart commentary with serious and detailed observation.

TELEVISION FAST FORWARD is where Lee profiles at some length dozens of the most popular shows of all time going all the way back to "Sea Hunt." While this commentary is serious for the most part Lee has fun with how the TV masters tried to spin off various shows. Thus we had:

But his profiles here of such shows as Gunsmoke, Star Trek, Kojak and in particular the various incarnations of Maverick I'd put up against Gary Giddins' analysis of popular movies (which I started reading after I finished Lee's book).

Once again Lee has a lot of fun (and so do we) but his essay on the history of pilots is a fascinating and serious history of how the television medium works. You could teach a great class using this piece alone.

For all the dopey pilots there are quite a few I would like to have seen. Steven Spielberg directed the pilot (creators: Richard Levinson and WilliamLink) of "Savage" in which Martin Landau abs his wife Barbara Bain play TV reporter and producer respectively as a team that goes after a scandal surrounding a Supreme Curt nominee.

For me the strangest pilot of many many strange ones is "Yazoo" in which William Conrad (yes, Cannon not your average whimsical guy)goes fishing one day, falls asleep in the boat, and wakes up in the magical world called Yazoo, populated by the Peppercorn Puppets. I always liked Conrad but how did he ever end up in this? Once again dropping acid comes to mind. (I know--I'd use a more modern drug but I'm a geezer.)

In all these are among the finest books I've ever read about television. And given Lee's track record as writer, producer, director and historian you're not going to find more accomplished guide or judge anywhere. These are rich and rewarding books to keep and read again.
Posted by Ed Gorman at 3:48 PM