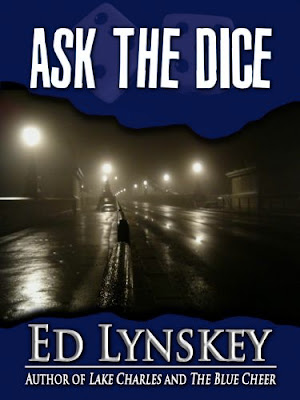 Middle-aged Tommy Mack Zane, an ace hit man for organized crime, is looking forward to retiring from the grisly profession and going to live out his golden years. His crime boss catches wind of Tommy Mack’s plans and seemingly sets him up for the murder of the rebellious crime boss’s niece. No choice, Tommy Mack takes it on the lam and with the aid of a few solid friends battles his vengeful crime boss. And who couldn’t use a few solid friends in a jam like his?

When I decided to use the hit man trope from crime fiction, I wanted to create mine as distinctive but without going over the top with his character. Tommy Mack is a black kid adopted by a white family in the Washington, D.C. suburbs. His early childhood spent in rural Texas figures predominantly in determining his career. A lover of jazz and poetry, he pursues outside interests, and therefore he enjoys a life outside of his job. In other words, he feels ready to something else besides bumping off marked victims for his crime boss who insists, “It’s just business.”

The use of back-story in crime fiction has somewhat fallen out of vogue, but for me it remains essential. Tommy Mack’s past makes him the unsympathetic protagonist he is, but the back-story also fleshes out just why he takes up his assassin trade. By the climax, he unearths a few nasty surprises and deals with them in his way.

Ask the Dice has its own noirish roots. The title is derived from a Marilyn Monroe quote to the director John Huston at the Reno craps table in Spring 1960, during the filming of The Misfits, her final motion picture. She’s a film noir starlet from her incandescent presence in The Asphalt Jungle while Huston’s contributions to the genre are legendary.

Thanks for your interest in Ask the Dice, and to Ed for having me back again.

-Ed Lynskey
Twitter: @edlynskey
Posted by Ed Gorman at 7:23 AM

Cheers geezer, Lisa's tits were unbelievable, i`ll be jerking off to that site for months, although, like you said, Lisa wasn`t quite as incredible as Pauline Hickey, when Pauline was 17 in 1985 that bird was arguably the greatest masturbation-aid of all-time ! ! !.

Jervaise, i`m jerking off to those sites all day long as well my old mate, thanks for telling me about them, they are absolutely superb and the birds on there are truly amazing just like you said.

Needless to say I didn't write any of the comments attributed to me by our uninvited five-year-old guest.

Very funny my old mate, but you have to admit i am absolutely hilarious.