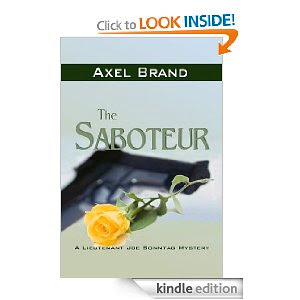 A violent strike; murder at the factory gates.

Milwaukee, 1949. There's labor turmoil in Beer City. Joe Sonntag gets called to the strike-bound West Allis tractor factory, where a temporary employee has been shot and killed in the middle of the night. The struggle between the Machinists Union and the company has boiled over into murder.

But it proves to be more complex than that. The police soon find that mobsters are attempting to take over the union. And also they discover a romantic radical, Anastasia Ryan, who seems to be all too present when more people suddenly die of gunshot wounds, including a respected union leader. She can recite the poetry of John Donne, and lay yellow roses on the grave of an unnamed "scab." Who is she, and why is she there?

This is all a strange world for Joe Sonntag. He's used to dealing with crooks and thugs, but here are people fighting a war to the death over ideals, and jobs, and pay, and maybe the future of the world.

Joe's finest young detective, Frank Silva, who comes from a socialist family, confesses that he once had a romance with Anastasia. She was an experienced older radical; he was a teenager blotting up her beliefs and her world. Suddenly young Frank Silva becomes the lead detective, his bitter insights leading Sonntag's detectives toward the tangled and tragic truth.
Posted by Ed Gorman at 6:13 PM